Alan Gillott is a poet, writer, composer, and singer who performs in the UK and USA and is well known throughout the North East. His most recent book is Beyond the Window (Fighting Cock Press); he has a following as a music and art critic and is known for his lyrical style based on internal structures. His observational poetry often highlights injustice and institutional irresponsibility.

He was born in Edinburgh to a Scottish mother and Yorkshire father from whence, at the tender age of six weeks, he was whisked off to live in Bury and from thence the Bowland Forest. He was educated mainly in Kent while travelling extensively to Iraq and India. Though he started writing poetry as a teenager it wasn’t until he was living in Dulwich, South London, that he met and was mentored by Alasdair Aston who instilled in him a love for form and the power of performance.

Alan’s career took him throughout Europe, back to India and on to Singapore and Japan, with jobs based in various locations in the United States: in Pennsylvania, North Carolina, New York, New Jersey, Connecticut and Florida. In the USA he began featuring regularly at poetry venues and founded with his wife, Rose Drew, a popular open mic in Wilton Connecticut. Together they began publishing anthologies of their poets’ best work under the imprint of Stairwell Books.  Returning to England, Alan and Rose founded The Spoken Word open mic; they continue to publish anthologies and collections as a way of encouraging excellent but otherwise unpublished writing. Their success led to their taking on responsibility for the Dream Catcher literary journal.

His publication credits include poems in The Nightcap Book, Blue Dragon Press, Community of Poets Issue 20, the Connecticut Poetry Society’s Long River Run, Turn of the River Press’ Wednesday at Curley’s and the University of Toledo’s Poems for Peace Project. He has broadcast on cable TV, pirate radio, Radio Ryedale, University Radio York, Chapel FM and Radio York. His books Beyond the Window and Except we Teach are published by Fighting Cock Press. Both of these books are edited by Pauline Kirk, known nationally as a poet in her own right and as an excellent and discerning editor. Beyond the Window, loosely follows his travels and points out that all is not always as it seems: Except we Teach picks up on some of these ideas but reminds us that we can teach as much as we like, but achieves little without learning. He continues to look under the human carpet and into our proverbial cupboard.

He has participated in a number of collaborative projects including a Keats retrospective in Rome, participation in the TEDx programme, and a series of Poetry talk shows, The Poetry Show, broadcast as podcasts. Alan also works with classical music composers as part of the Sounds Lyrical Project and his poems have been set by composers Edd Caine, David Power, David Lancaster, Peter Byrom-Smith, Tim Brooks and Steve Crowther and have been performed regularly in concert including part of York’s long running Late Music Series.

Alan is also a musician who has been singing throughout his life, taking on the duties of Choirmaster at a number of churches, and where necessary writing the words and music for pieces to support the often depleted available resources. He has sung with London Welsh Choir, the London Symphony Orchestra Chorus, and at the Catholic basilicas in Brooklyn and Washington DC. 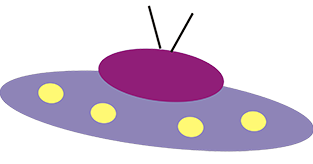 Stairwell Books is once again pleased to be supporting the ConFusion EasterCon. We have secured a dealer table that will...
Read More