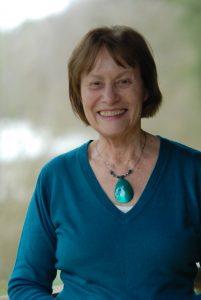 Born in Birmingham, Pauline moved to York fifteen years ago, having lived in Leeds, Reading, Benfleet (Essex), and Melbourne (Australia). She studied at the University of Nottingham, Sheffield University (managing to get married in the holidays) and Monash University in Melbourne where she also taught at the Methodists Ladies College (preparing girls for brilliant academic careers or marrying wealthy sheep farmers). In her free time she explored Victoria and New South Wales in a beat-up Holden with her husband.

Returning to the UK, Pauline reared a family while working in adult and continuing education. Becoming adept at intellectual busking, she worked for the Workers’ Education Association, the City Literary Institute, London and Reading Universities, and the Open University. She then spent over twenty happy years in Horsforth on the edge of Leeds with easy access to the Dales. It may have been $$$$ freezing after Reading, but moving ’up North’ was the best thing she did. She joined Pennine Poets and Aireings, and ultimately became editor of Fighting Cock Press.

A ‘New Beginnings Award’ from Yorkshire Arts enabled her to give up her ‘day job’ and thoroughly enjoy doing an MA in Creative Writing (she now has two MAs, so officially can put MAMA on her business cards). She busks again, at whatever literary work comes her way.  She has appeared at many Literature Festivals and venues such as the West Yorkshire Playhouse and the National Centre for Early Music. She judges short story and poetry competitions, and has led creative writing groups almost everywhere, working with children, adults and writers with mental health needs.

Pauline is the author of three novels: Waters of Time, Century Hutchinson 1988; Ulverscroft 1991, and The Keepers, Virago (Little, Brown), 1996 and 1997. Border 7 was published by Stairwell Books in 2015.   The Keepers is available as an eBook on Kindle and an audio book of Border 7 recorded by Pauline herself can be downloaded from Amazon. If you’re new to Amazon, here’s a direct link.

Pauline is also the P of PJ Quinn, the pen name adopted by Pauline and her daughter, Jo Summers, to author the DI Ambrose series of police procedurals set in the late 50s and early 60s.

Eleven collections of her poetry have been published, and her poems, short stories and articles have appeared in many anthologies and journals and been broadcast on radio. Her most recent collection of poetry, Time Traveller, was published by Graft Poetry in 2017.

In 2018 she was a finalist for the 2018 York Culture Awards Excellence in Writing Award. Pauline's work on Poetic Justice was part of the submission for her nomination.